I belong to this identity

When we were small, my father, Jan van der Westhuizen, took us along when he went to the Kalahari dunes to collect medicine from the pharmacy of nature. He told us to only pick what one went to collect, and no more, even when one came across other tempting plants and felt enticed to pick them as well.

Many plants carry numerous bulbs underground, but only certain bulbs do the work of healing.  One has to know which stem to follow down to which bulb, to not take the wrong one. Whenever one takes parts of a plant, a payment has to be made towards the gift, so one should leave something in the place of what was taken – some hair, or a small coin (a modern way), as token of your own possessions that you sacrifice. One should also never take an entire plant, but only a part, and leave the rest. There are male and female plants in nature – the male plants are used mainly for healing and the female for cleansing, bathing or skin disorders. 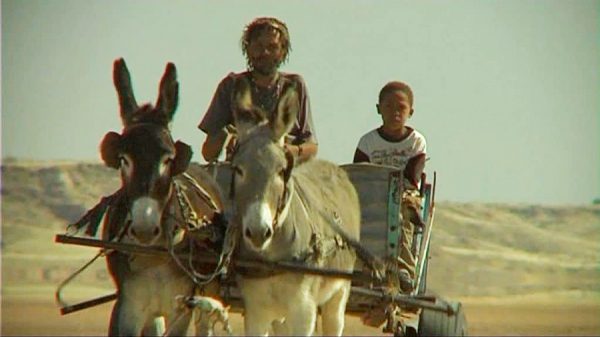 A plant should be picked at dusk only, when it is awake, active and happy about the day that was, observing the sunset. Before one takes from the plant, one should have a conversation with it – tell it what you came for and why it is needed. At this twilight time of picking – one’s shadow should not fall on the plant. This is how the plant senses that you are there – the shadow, not the vibration of your footsteps would cause the plant to shut down. The plant gets to recognise you and your purpose by your voice.

As we walked with my father, he would point out bushes that heal, whether usually seen as weeds or not. He brought his takings home in the sling-bag which he always carried. The healing power often comes from the plant leaves. One should best dry the leaves to access the healing properties, so the leaves are spread out in the sun. The dried leaves are made into a fine powder by sifting them through a stocking. The powder is eaten dry, or taken with water, or brewed like a tea. When the leaves are dried over coals, the smoke takes up the healing power. One could put a blanket over one’s head to inhale the potent smoke. One should have lots of water beforehand not to become intoxicated with the smoke and steam from the plant.

From the earliest time, I can remember, my dad was already in this business. He told us that as a child on the farm, he often had to run to get veld medicine for his grandfather, who later nicknamed him the healing herdsman. As my dad grew up, he started to do this not for himself, but for people who need healing from natural remedies and methods.

Before I came to !Khwa ttu as a trainee, my father told me that I should come here, even though I had a job. He was sick and I didn’t want to disappoint him, so I came. Everything for my dad was about the bushmen – he had a bushman mother and a German father. I was wondering if !Khwa ttu would be another dead end bushman street. When I was here for seven months, I got the notice of my father’s passing.

There was a reason I had to come here. When you are in a river, you flow with it. But it is different when you are a spectator. Kalahari kids come to this place in the Cape with an expectation to see the Cape but no, when they arrive here, they find themselves back in the Kalahari. From this distance at !Khwa ttu I see it for what it really is.