The San of Botswana

Compared with other countries, colonial interference of San traditional life in Botswana was relatively benign. Many San continued hunting and gathering well into the 20th century. Botswana is rich in diamonds and fertile soil, which ensures a thriving tourism and cattle trade. Yet despite such national riches, San experience since Botswana’s independence in 1966 has been of dispossession at the hands of the government.

“In the old days we had freedom. We would hunt and eat bushfood. Then they gave us these settlements and plots. The black man came and lived with us. He brought alcohol. Where are we now? We are focusing on the alcohol and forgetting our children.”

“The hunting permit is the biggest problem in our lives because we can’t live our lives like we used to. Our elders didn’t live with permits in those days, they lived on god’s permit.” 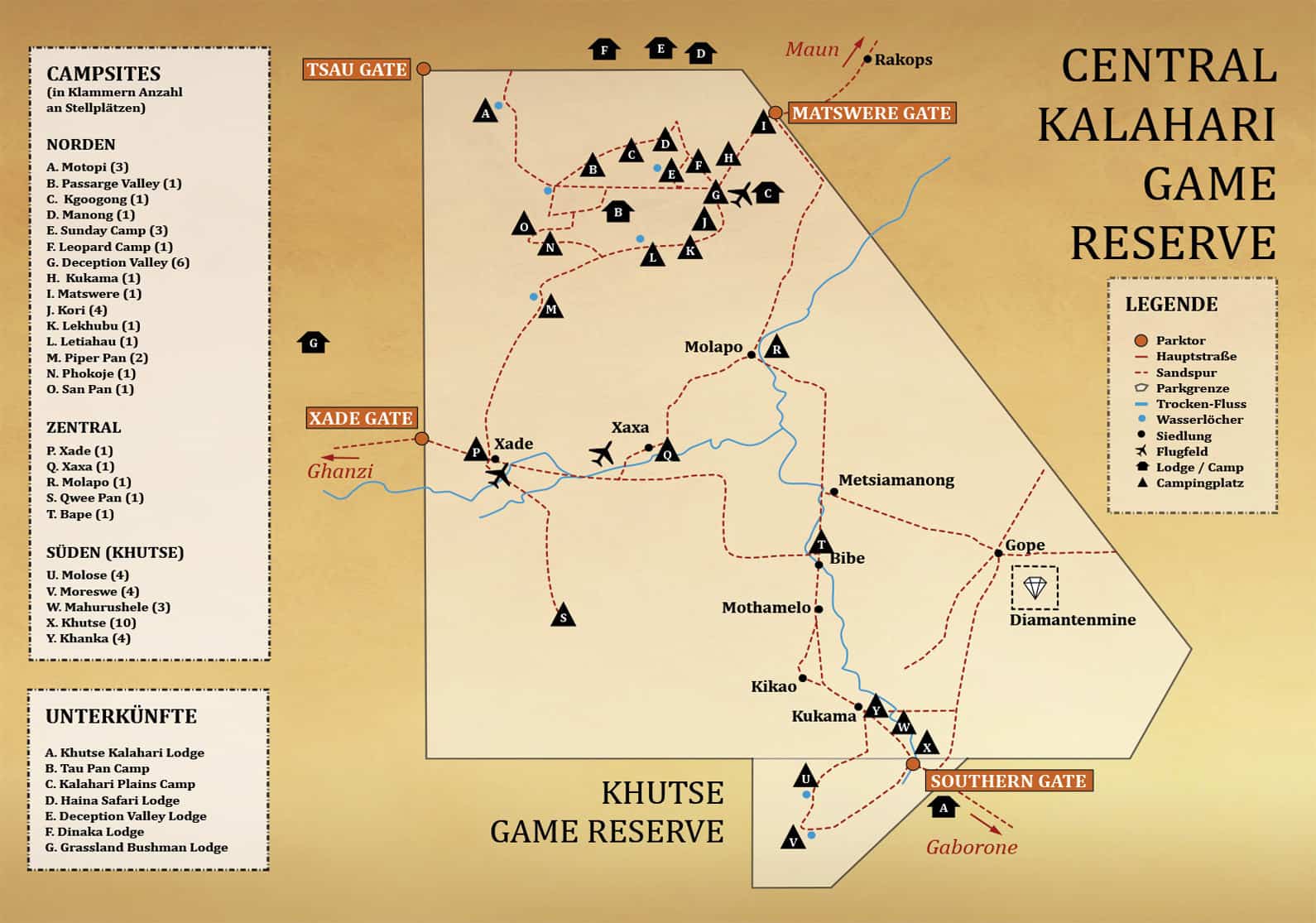 The Central Kalahari Game Reserve (CKGR) is the largest reserve in Southern Africa, and the second largest wildlife reserve in the world, encompassing 52 800 square kilometres (the size of Belgium).

In 1961 when the CKGR was originally established, it was intended to serve as a sanctuary for hunter-gatherer San communities, where they could live in their traditional ways. Today, only a few hundred San remain in the CKGR and the vast majority have been evicted and removed outside the park and from their original traditional lands. 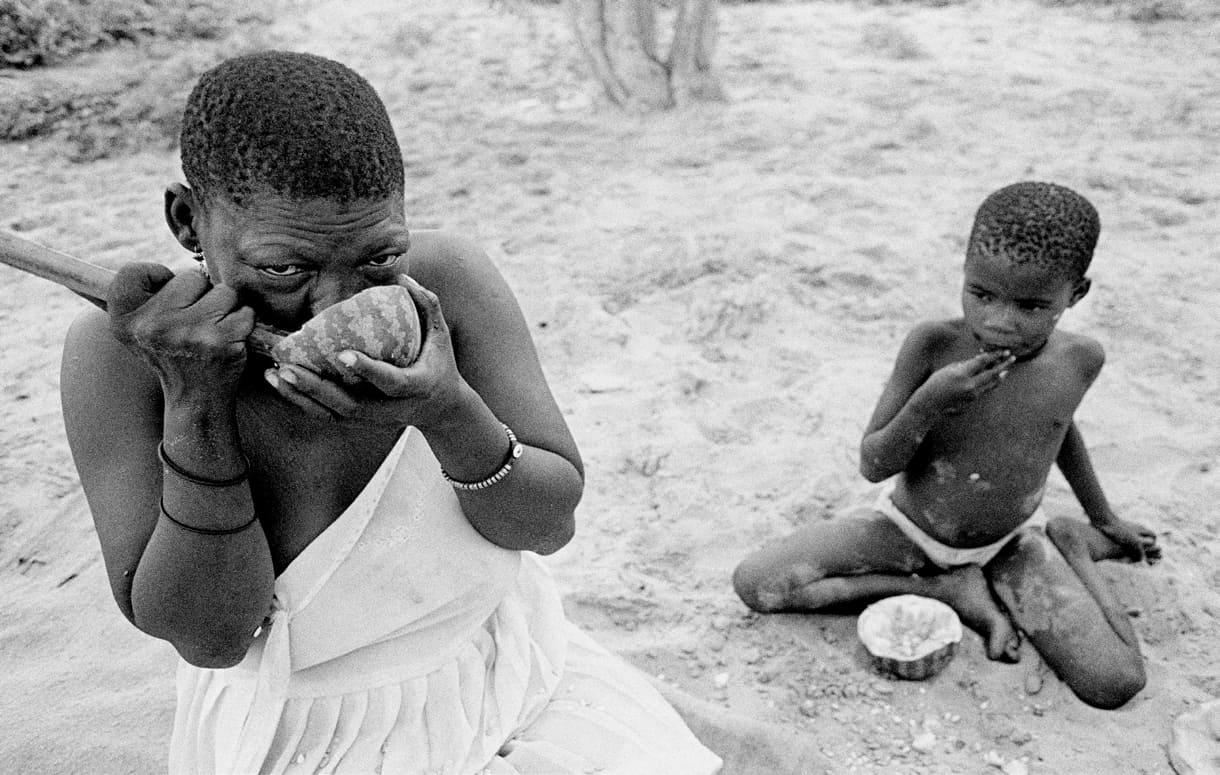 Eating tsamma melons, which the community often depend on in the dry months, Molapo, CGKR, Botswana

In the Ghanzi region colonial farmers coexisted with Naro for some decades. But as title deeds were gradually enforced, Naro were slowly evicted. In the Central Kalahari Game Reserve (CKGR), the traditional home of G|ui and G||ana, early conservation policies seemed to favour the coexistence of wildlife and community and the CKGR remained a relative sanctuary for the San for some time.

In recent years San communities were brought into settlements by wildlife authorities and government,
and in 2002 the San were evicted from the CGKR. Our communities challenged the eviction and won a court case which allowed a small group of people to return and live in Molapo, Mestsiamaneng, Matumelo and Kukama.

Hunting has been banned and we do not benefit from ecotourism or mineral rights like diamonds on our land. Khwe who live mainly in the Okavango Delta region have also been dispossessed. Communities have been rounded up into settlements, a feature of Botswana’s management of its San people, and stripped of their rights to hunt. Pre- and post-colonial systems did not include San understanding of land use and occupation with regard planning and policies. It worsened when Botswana took a stance after independence to de-emphasize ethnicity under the guise of building unity.

This development disadvantaged the San further by demarcating Botswana into eight Tswana tribal territories. This allowed the government to resettle people that included hunter gatherers (San), pastoralists, farmers and business people on the same communal land, leading to conflicting practices with age-old San views of land and ultimately led to the dispossession of the San. 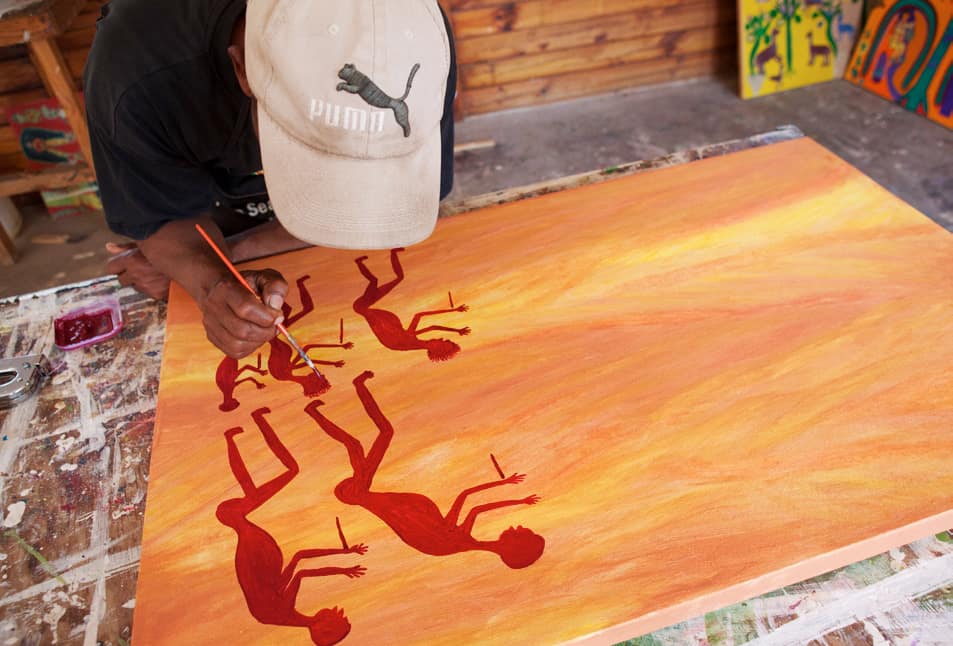 Kuru is an organisation that was established in the mid 1980’s to help the San with
development and empowerment. One of the main projects that still exists is the art
that San artists produce. Kuru artists are famous around the world for their particular style.

Much of what the artists choose to depict refers to the past and also reflects stories and
memories of the community. Their art forms a bridge between the past and the present.
The need to preserve their culture, traditions, stories and myths in visual form has played
an important role in increasing self-awareness and pride within their community. 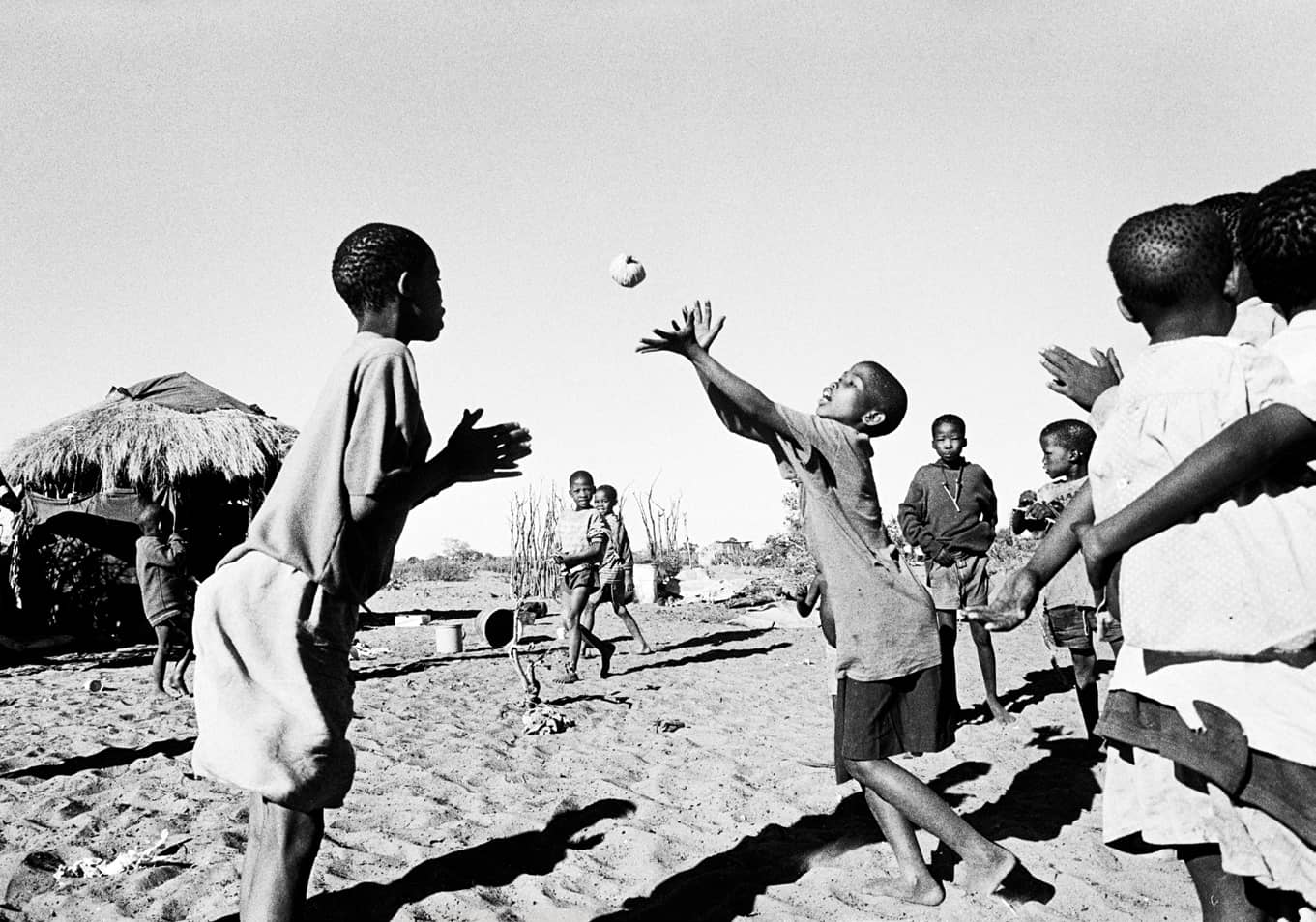 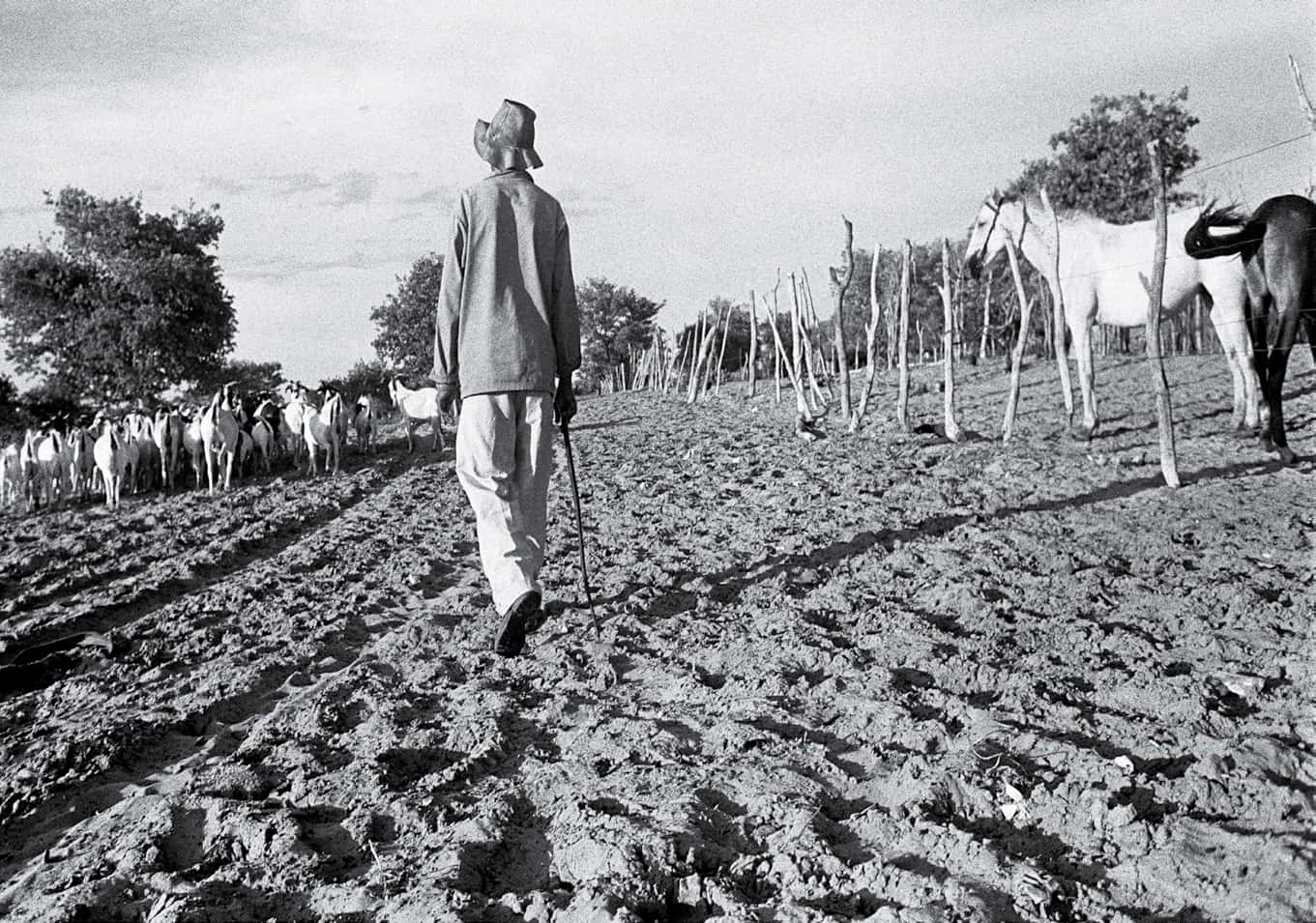 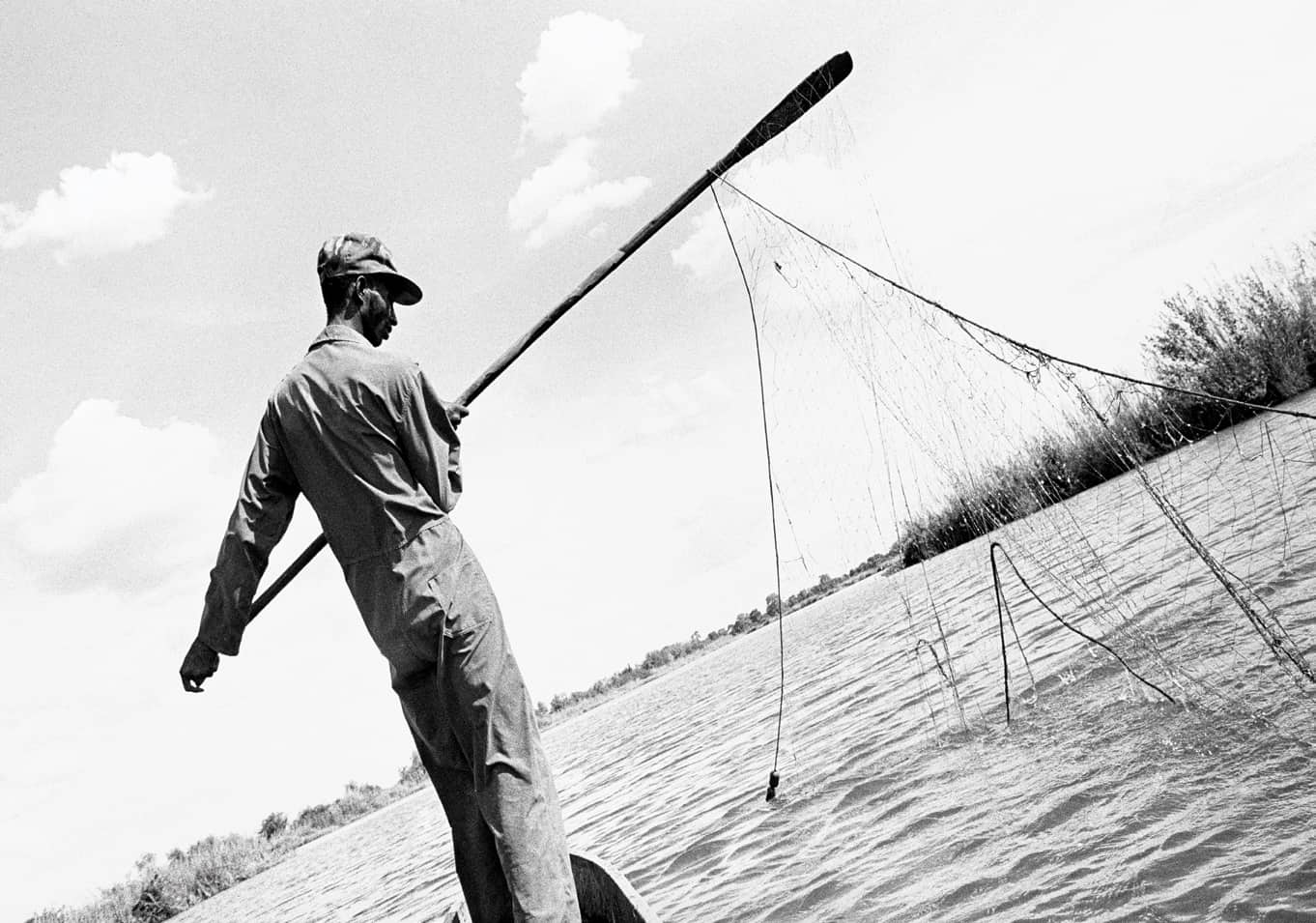