The Militarisation of the San

“If you joined the army out of free will it was so, but if you did not want to become a soldier, they would wait until you came home from the coffee fields and grab you. Later when we worked for the South African army our work was to keep the enemy away from the border. We were trackers because this is what we knew.”

San of Angola and Namibia were caught up in the civil wars that unfolded during decolonisation. The !Xun were first recruited and forced by the Portuguese to fight the liberation armies of Angola in the 1960s. They later joined other Namibian San to become the Bushman Battalion who fought against SWAPO (South West African People’s Organisation) in Namibia and in Angola.

The popular narrative around San recruitment into the SADF (South African Defence Force) was exemplified in a report by the Argus Africa News Service: “Terrorist attacks have brought unexpected benefits for thousands of Bushmen in South West Africa [Namibia]. It has given them a chance to join the 20th century.” Colonel Delville Linford, the first Commanding Officer of the Bushman Battalion, described the Bushman soldiers as ‘unique’ in many respects. “Born to use a bow and arrow, he learnt to use modern weapons with surprising efficiency, and his incredibly keen senses and thorough knowledge of the bush made him a soldier feared by all that crossed his path.” 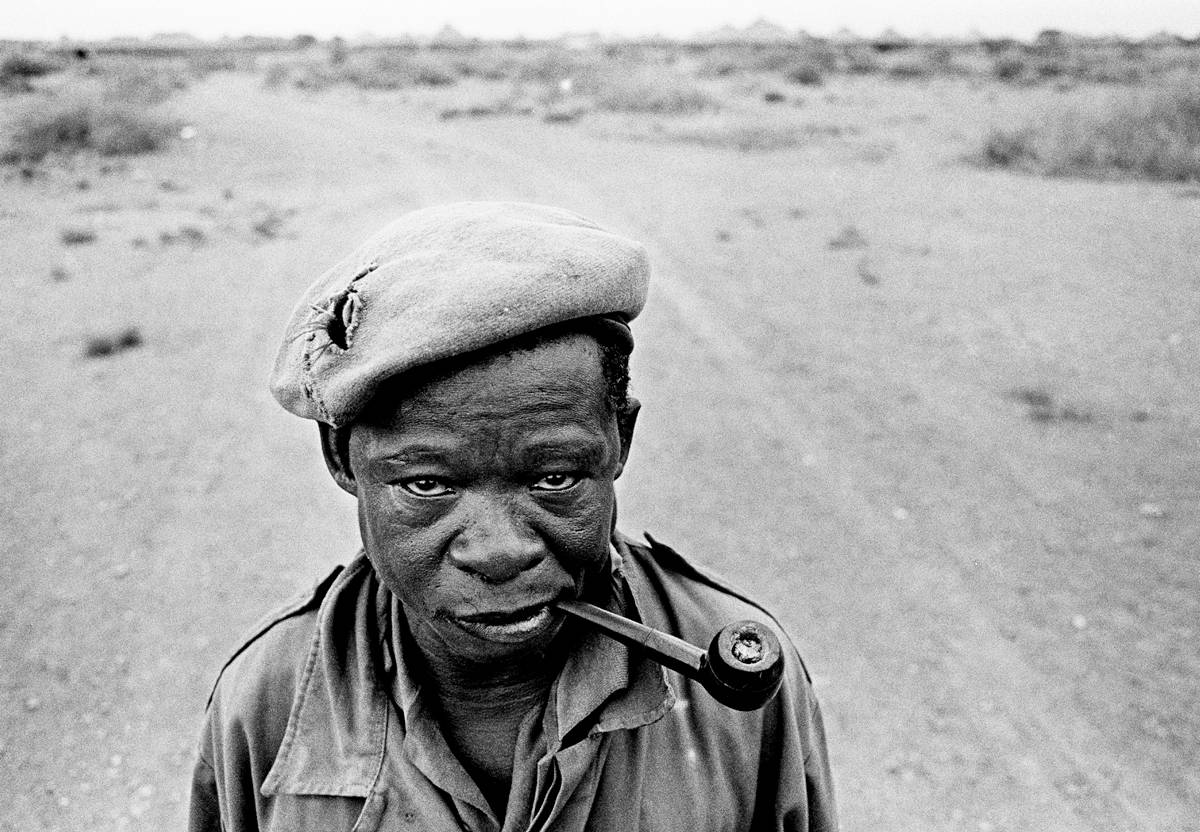 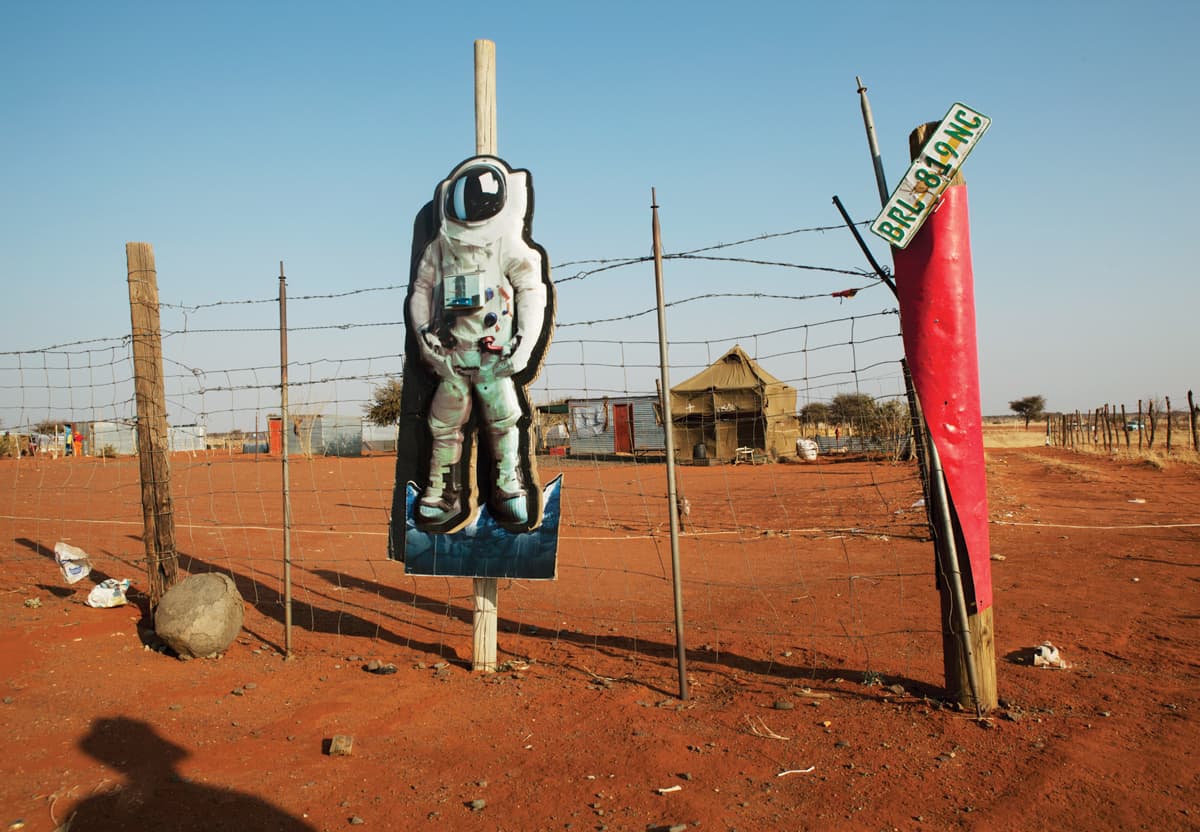 “We fled to South West (Namibia) and then became soldiers there, again fighting Swapos (the liberation movement). We got money from that army but they also wanted to make slaves of us”

In reality, the militarisation of the San had a very negative impact on San lives. The lure of cash wages and alcohol had destructive consequences for established ways of life. In a very short time, former hunter-gatherers, who prior to their militarisation still survived in one way or another off the land, were catapulted into a cash economy, and a hierarchical military system on which they became dependent.

In 1990, soon after Namibia’s independence, a large settlement of San soldiers and their families left Namibia and moved into an enormous tent town called Schmidtsdrift, about eighty kilometres from Kimberley, in South Africa. The settlement housed two San groups: the !Xun, who hailed from southern Angola, and the Khwe, who were mainly from the Caprivi area of Namibia and southern Angola. The SADF argued that the San settled at Schmidtsdrift because they feared reprisals by the newly elected SWAPO government. While the army provided tents, water, schooling, shops and limited employment, life was hard for these new inhabitants. Profound social problems emerged, including alcoholism, prostitution and violence, which proved challenging for San elders who brought their military skills and hierarchy to the running of Schmidtsdrift. 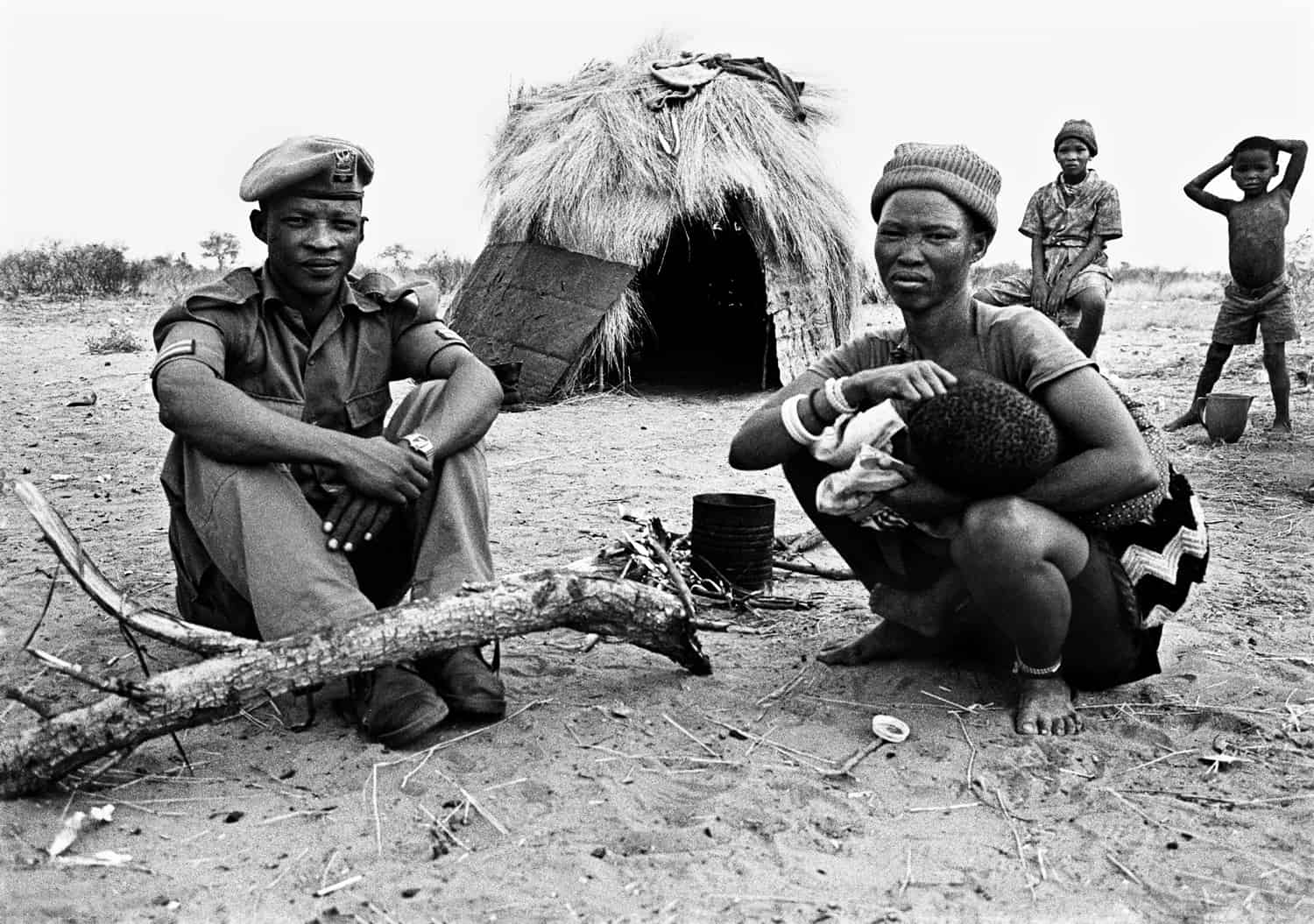 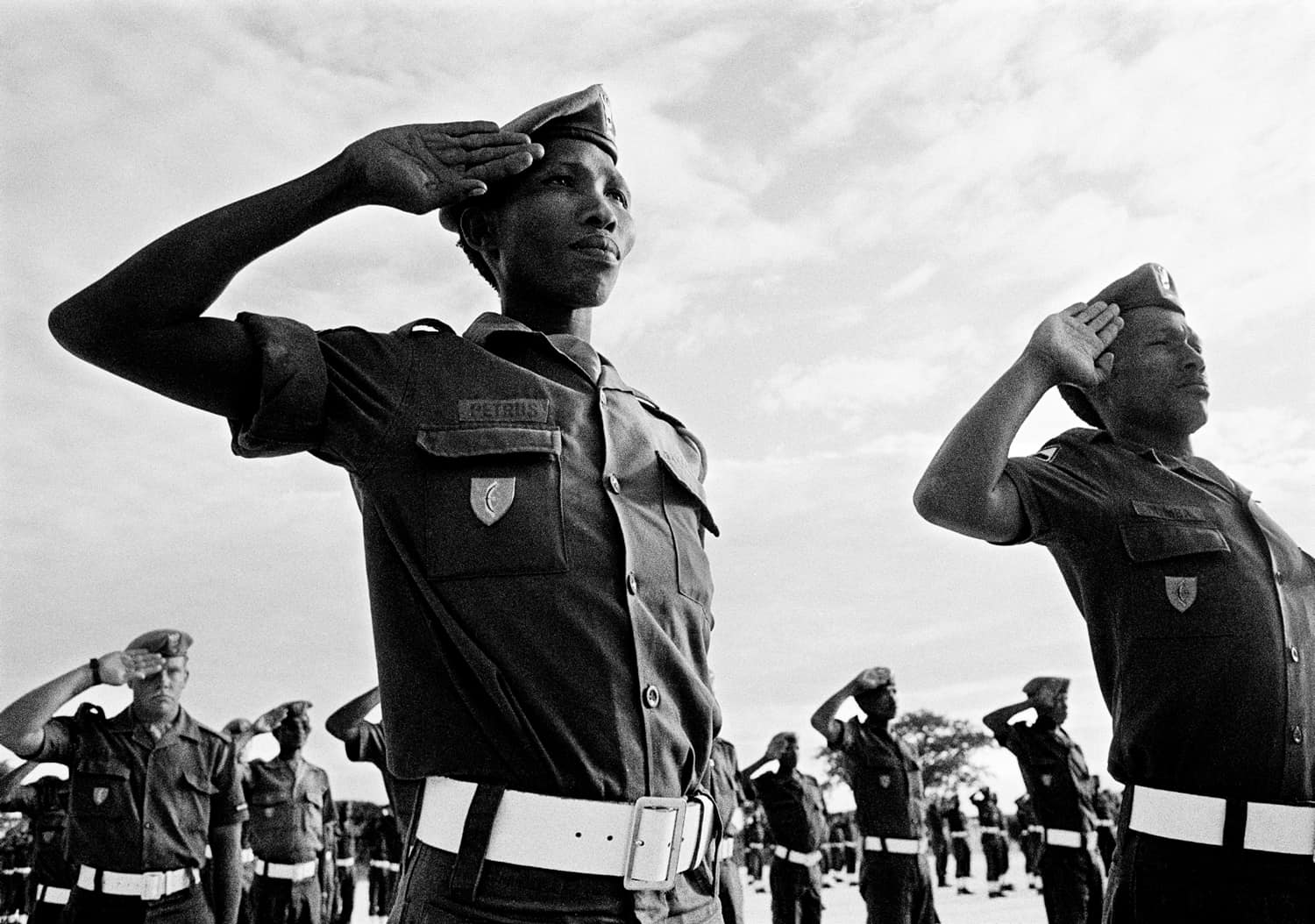 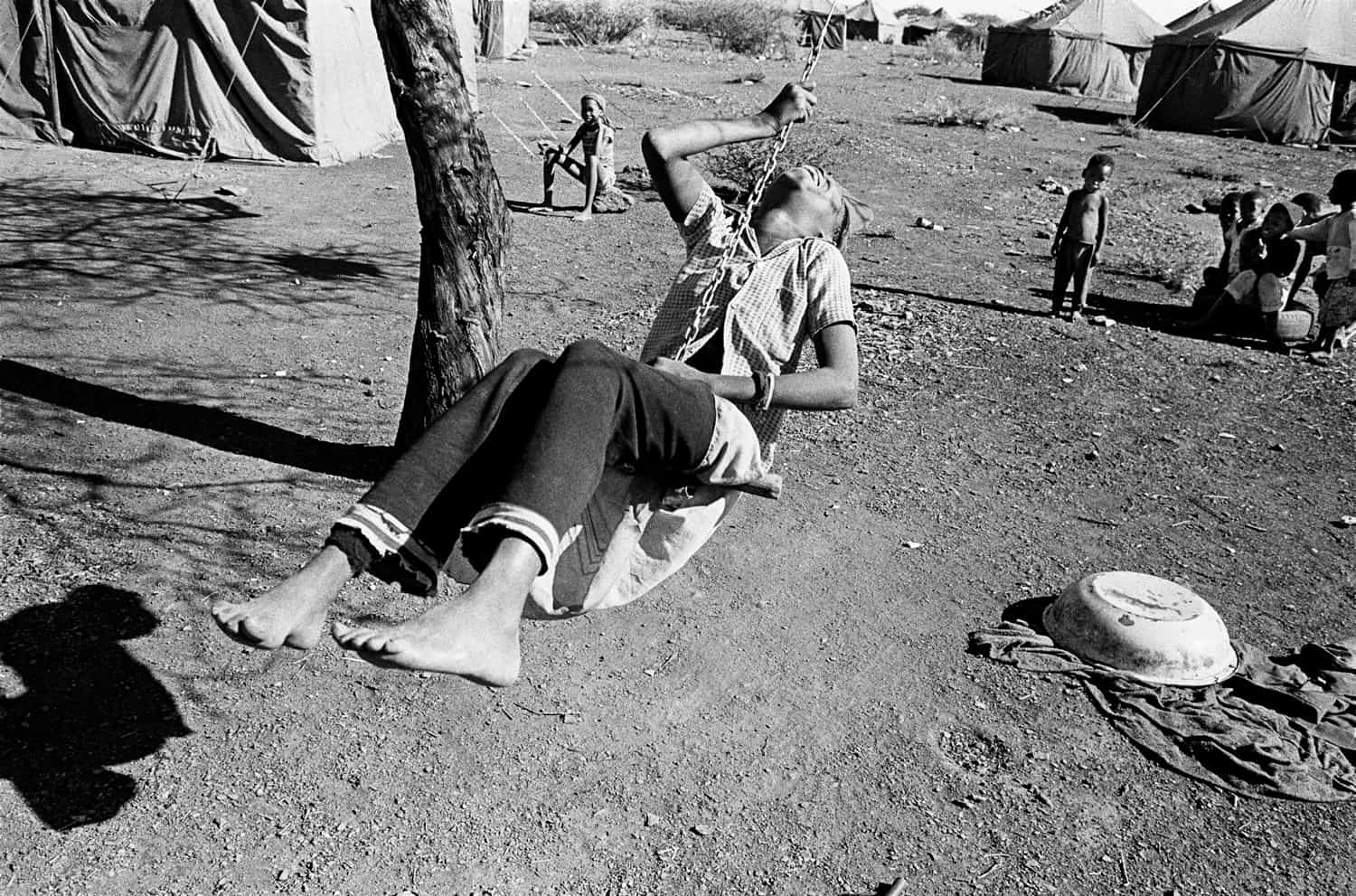 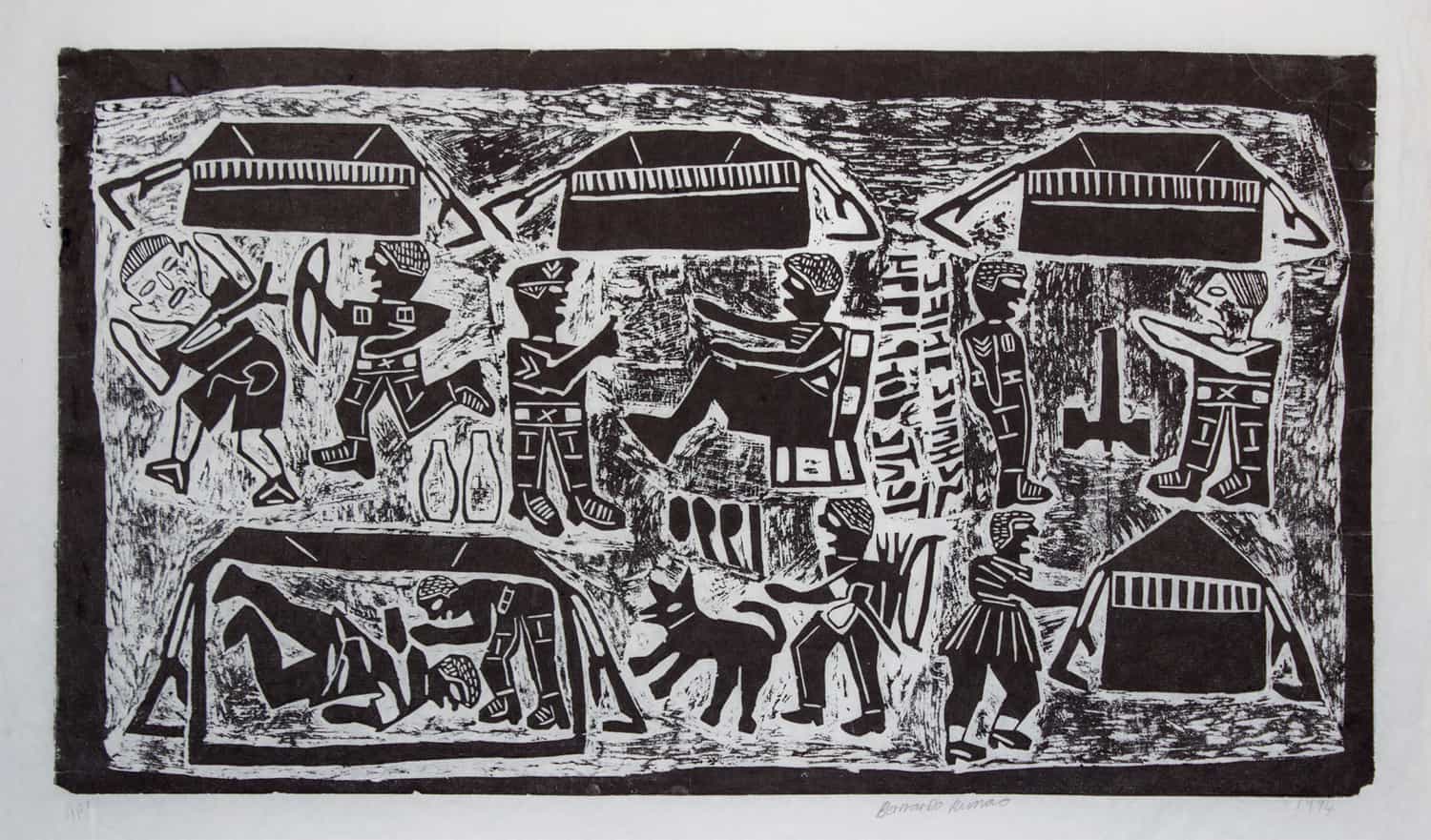 Not long after their arrival at Schmidtsdrift, Catherina Scheepers helped train a group of artists to do linocuts, etchings and paintings.

They went on to become internationally famous with the help of an art dealer, Hella Rabbethge-Schiller. In Bushmen Art, the book showcasing their work, entitled, Ulrich Krempel notes, “The Bushmen today have been able to make good use of the communications strategies afforded by visual arts.

With the realities of life entirely changed and the old stories quiescent for a long time, they have nonetheless found a viable possibility of introducing and portraying themselves and of making themselves understood as a living acting force.”

Their art became the vehicle for their modern-day stories as they struggled to reconcile the major shifts and changes in their lives and culture. 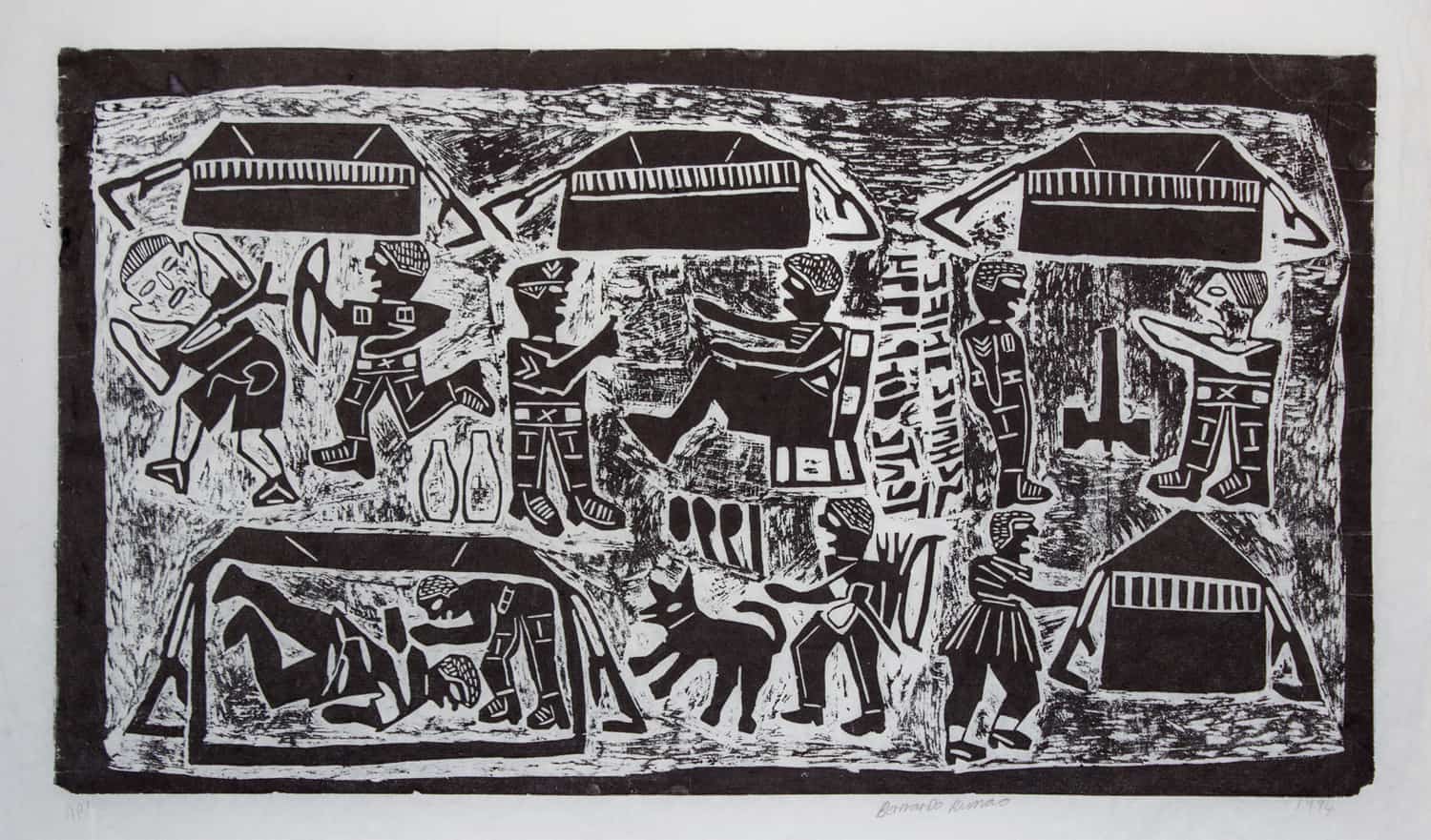 On a hunt N‡ama pan, Bushmanland, Namibia
Scroll To Top