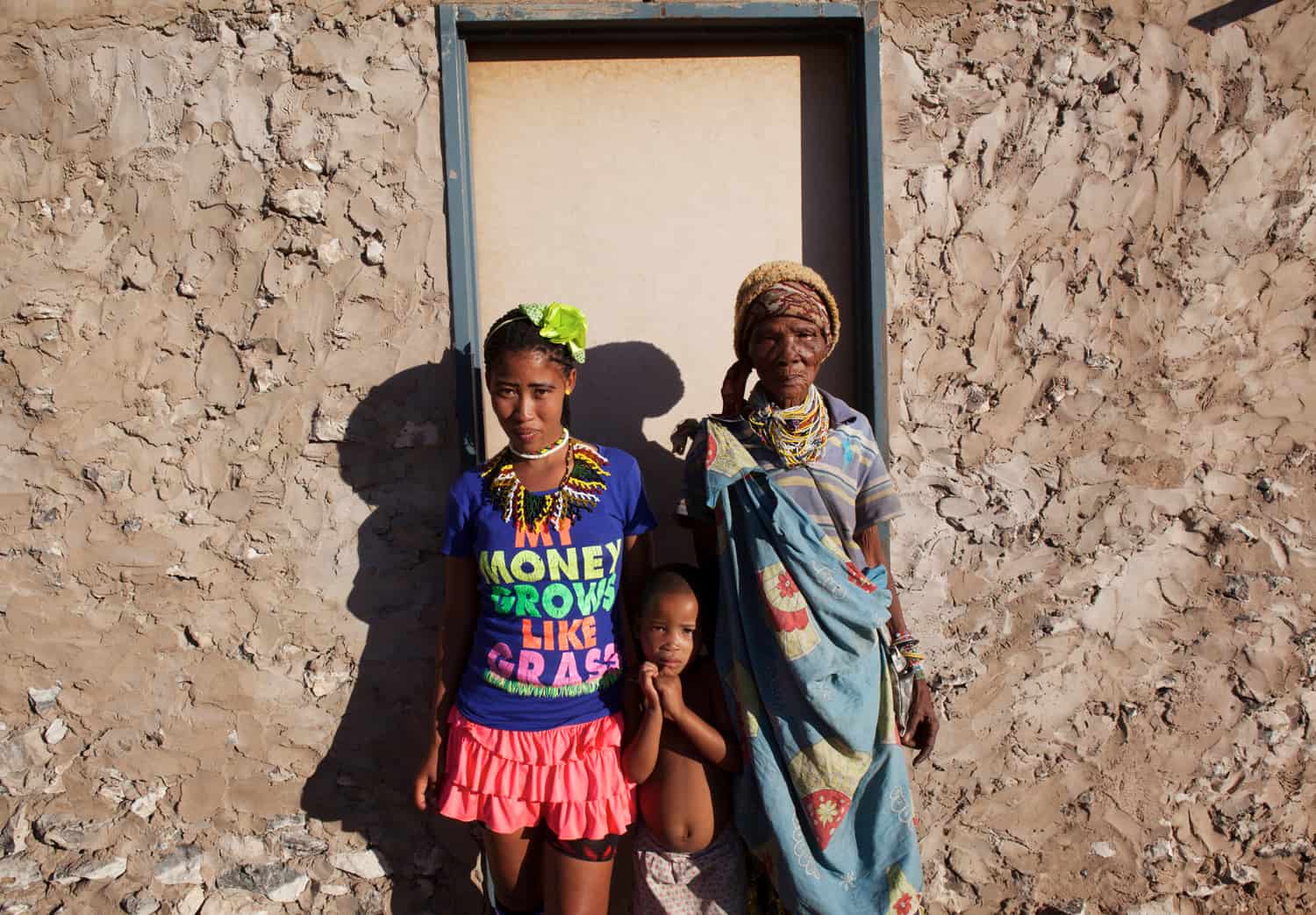 “If I take you and you grow up, then you will speak !Xun. We speak our Father’s language and we speak our language until the end, until we are grown up with all the things that they did. Then they do and show us also how to dance and sing. They show us how to sing and do the big dance. It’s our parents who taught us. The meat of the roan antelope, and the eland and the kudu is what our parents made for us and we ate it, eland, kudu and roan antelope. This is what our parents gave to us. To move your shoulders and here we clapped, clapped, clapped, clapped our hands and...and these days we don’t hear it anymore, we’ve lost it and we just sit.”

“We would like to be like other black people, and have hospitals and schools so we can have a better life.”

“Each and every game gets its own food from different things. A springbok grazes the grass on the plains, an eland will browse. They don’t all graze the same grass and they also share. This is how people should be living.”

“Taking somebody fifteen kilometers away from the national park and putting him somewhere, that person is still in the bush. You technically remove that person from the bush and keep that person in the bush. If the government has a will to bring San from the bush to develop them, I think they should have brought them into the cities or bigger villages where there’s a lot of road networks, everything, electricity and communication is there.”

“We Bushmen used to believe that when we danced the rain would come. And when the rain came that is where we would go. But today it is not like that. We are caught up in one place, just where we are.”

“Life for us is a dynamic between traditional and cultural practices. My great-grandfather aspired to be the very best hunter, but I aspired to go to university. When you look at projects like this, you have to be very careful not to say that people should go back one hundred, two hundred years just for tourism. As Bushmen, we are highly marginalised, so we have to look at ways of surviving in the modern world. The only way forward is education and mobilisation, and if that means the romanticised culture must die, then so be it. Somewhere in the middle must be a mean where we can keep our Bushman practices and survive in the 21st century. But if it is a question of survival, then we must lose our traditions.”

Mathambo NgaKaeja. D’Kar, Botswana (quoted in Weinberg, Once We Were Hunters, 2000)

“I grew up with a spade in one hand and a bow and arrow in the other.” 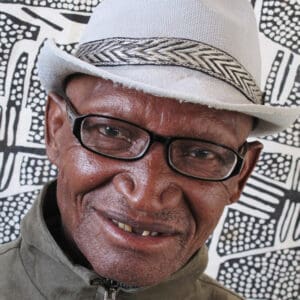 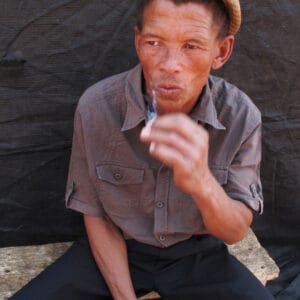 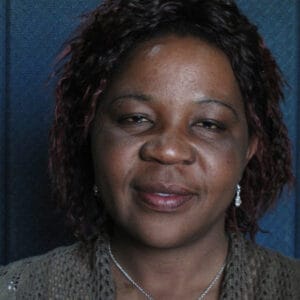 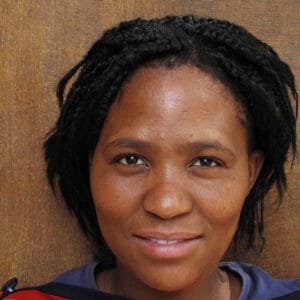 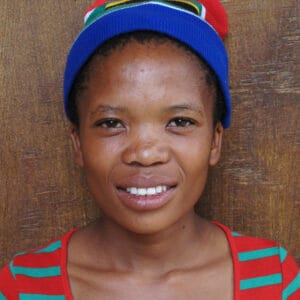 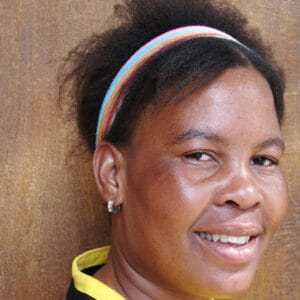 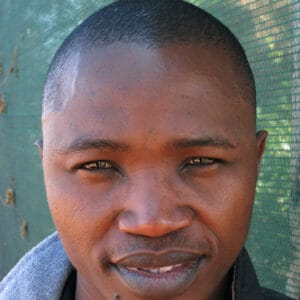 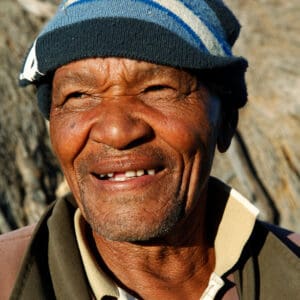 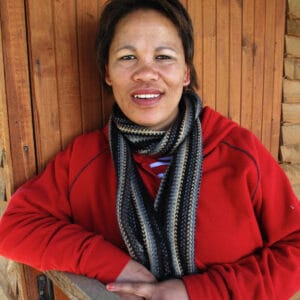 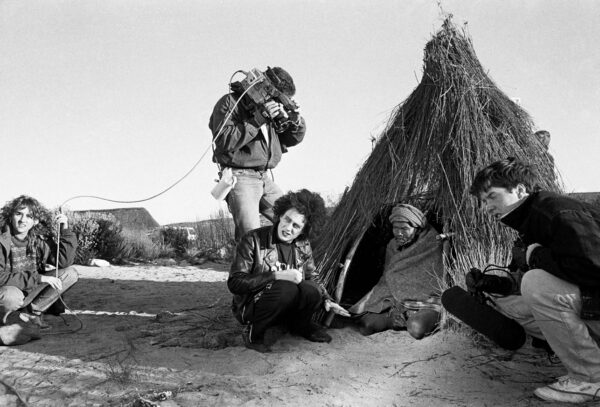 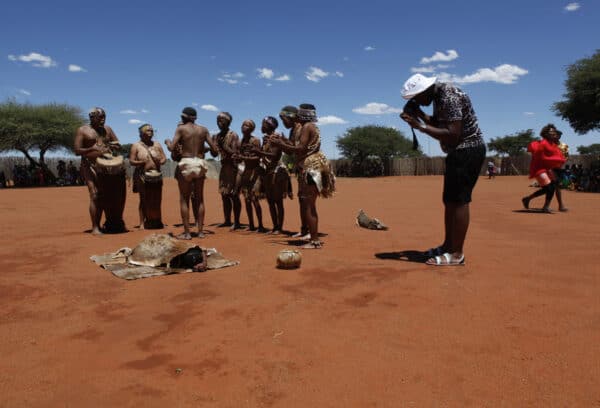 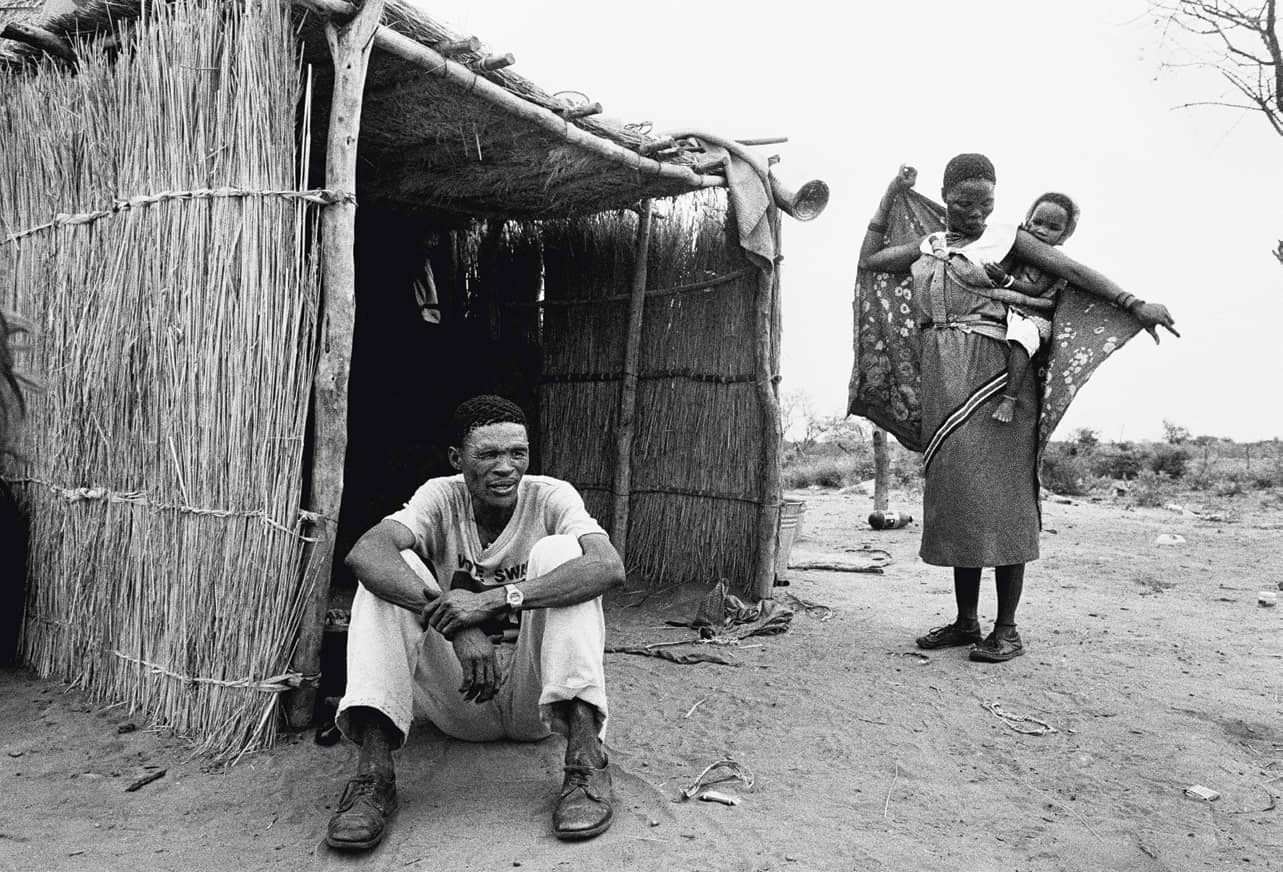 Kxao ǂOma, star of The Gods Must Be Crazy, with his family, !Ao‡’a, Namibia, 1987. Photo: Paul Weinberg

THE SAN IN THE POPULAR IMAGINATION

“There are two kinds of films. One shows us as people like other people who have things to do and plans to make. This kind helps us. The other kind shows us as if we were animals and plays right into the hands of people who want to take our land.”

The San are probably the most documented people in the world today. They have attracted considerable research, photography, filmmaking, newspaper and magazine articles.

The San also often appear in TV commercials. Among the most widely seen films from Africa are the Gods Must be Crazy (I and II). These blockbusters grossed $100 million and were filmed in the Nyae Nyae region of Namibia. When the star of the two films, Kxao ǂOma was asked how much was paid he replied, “R2 000- for the first and R5 000 for the second.”

None of that profit went to support community development. The prevailing representation of San continues to paint the San as “beautiful, small people, children of nature who hunt and gather and live a harmonic existence untouched by history”.

Even though reality defies this, book after book, film after film, continues to present this myth and misrepresentation. ‘Death by Myth’, as John Marshall called it, is an industry itself.

“We suffered a lot. We were removed from the park and I was looking for a life. I was beaten by the wildlife staff and also by farmers. You worked for R50 a day in those days and sometimes you were paid on credit. I have got my strength back and I’m standing for my people to get better jobs. It’s full apartheid here. It’s painful to be a Bushman. If you’re a Bushman, you are just there to work!’

“We used to hunt. The Botswana government has zipped our mouths and handcuffed us at the back. I don’t know whether the government wants us to scoop and eat this soil. The judgment came out saying that we would be provided with special hunting licenses so that we could hunt and provide for our families. Those licenses until now have not been provided to us. The President then banned hunting in Botswana.”

“I try and keep my culture alive. But it’s hard and some elders discourage me. They say please don’t make us do these traditional things – it only brings us pain and puts us in the past and that’s why we are behind everyone else in Namibia. But for me, I am in a process of cultural reclaiming.”

“Life is very, very good. There is veld food and bush medicine, and the animals are plentiful. They have always been like that, even in the long dry seasons. I will not move from here: I will die in this soil. If the government comes with guns and tries to move me, they can shoot me. I will not move; my blood will be in this soil.”

“You know our land. You know our |gurube (wild animal). You know n||us (edible tuber, Walleria nutanas), you know all the waterholes therefore request them so that they give us our water […]. I am about to die but you have children. I also have children so let us lead them… “

“There’s no negotiation between the San understanding of development, the San way of looking into the perspective of the world and what it is that they could say could work for them. So that’s where the problem is – the separation of the two worlds.”

“There is no life here, I just sit like this and try and gather, but there is very little veld food, I don’t know how I will live. I am lost now. They must just take me to the bush and bury me, because the government has thrown us away.” 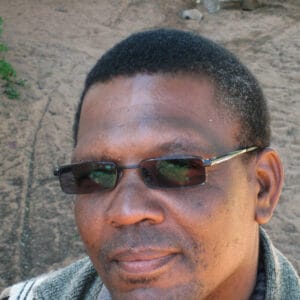 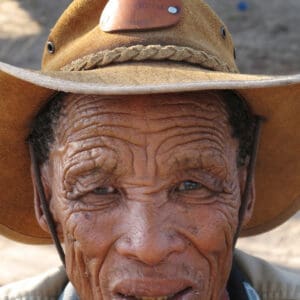 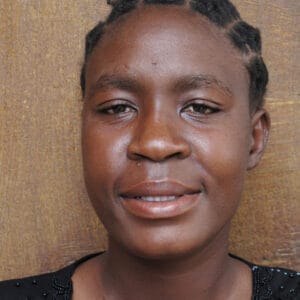 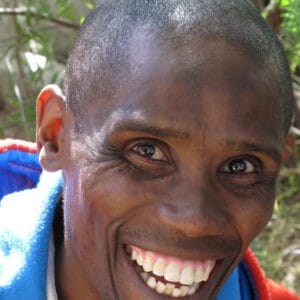 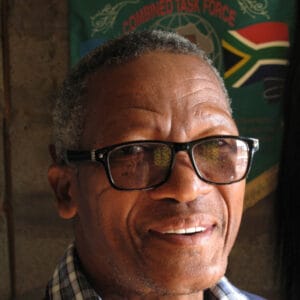 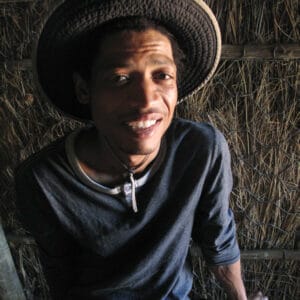 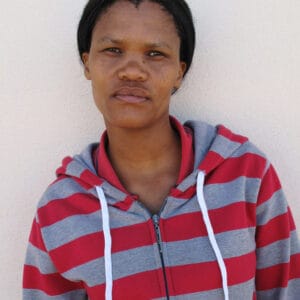 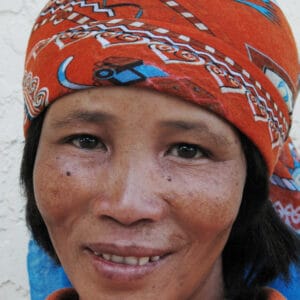 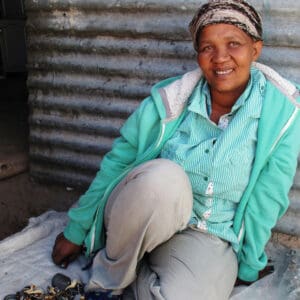 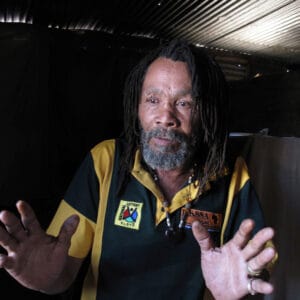